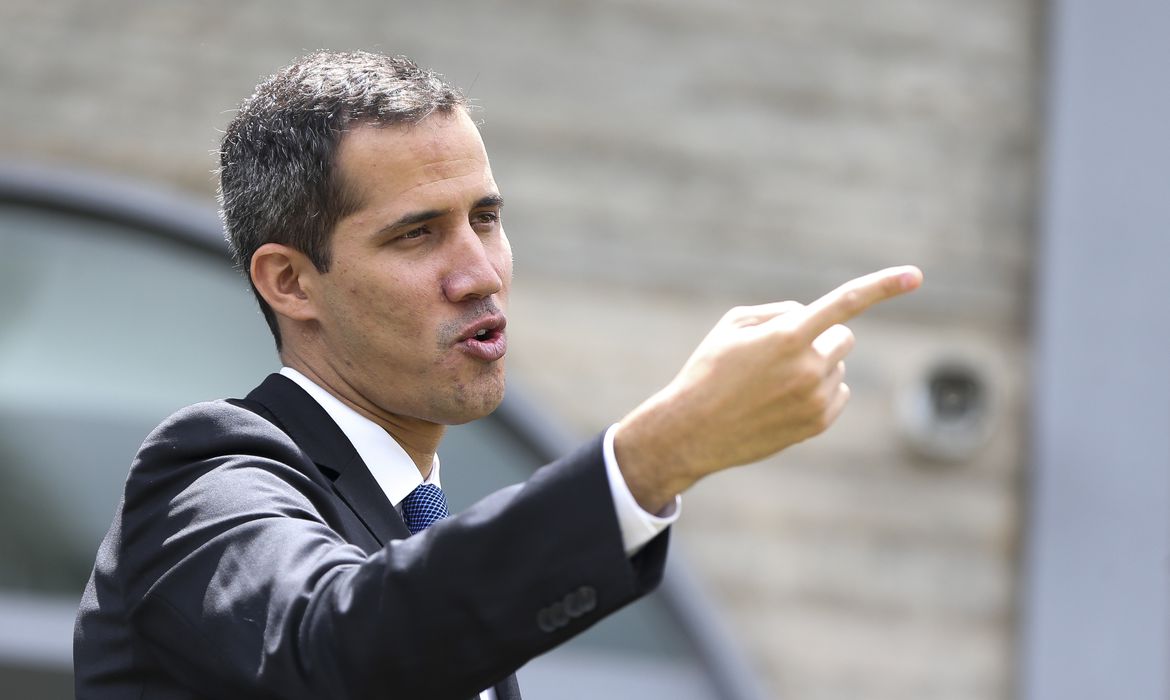 Juan Guaidó, after meeting with ambassadors from European Union countries, at the headquarters of the European Union delegation in Brazil. © Marcelo Camargo/Agência Brasil

Venezuela’s opposition National Assembly has voted to remove “interim president” Juan Guaidó and dissolve his US-installed government to manage the country’s foreign assets and strike down the elected government of Nicolás Maduro. With that, a commission was appointed with this function, while parliamentarians seek a united front before elections scheduled for 2024.

The decision exposes the fragility of the opposition and represents yet another victory for the leftist president. Since the war in Ukraine inflated fuel prices, the US has been resuming dialogue with Maduro and easing sanctions, gradually releasing government dollars seized by the US. Venezuela has one of the largest oil reserves in the world.

Guaidó declared himself president of Venezuela amid right-wing coup attempts against the 2018 elections. He was mainly recognized by the US as a representative and was instrumental in managing sanctions against the country, which contributed to a period of widespread shortages and poverty in the country. Guaidó’s Voluntad Popular party did not support the removal, as it asked lawmakers to replace him rather than dissolve the interim government.

Despite all this effort, the measures have been unable to isolate the Maduro government, which has remained in control of nearly all of Venezuela’s institutions, including its security forces, while Guaidó’s “interim government,” which controls some foreign assets and embassies. , saw their support dwindle. In a recent poll, only 6% of Venezuelans said they would vote for Guaidó if he participates in the presidential primaries next year.

The vote, which took place in an online session on Friday, reflects a shift in the balance of power within the opposition, which is trying to find new ways to connect with voters ahead of the 2024 presidential election and get some breathing room. against Maduro.

The article that eliminates the “interim government” and the article that creates the heritage commission was approved with 72 votes in favor, 29 against and 8 abstentions.

Three of the four main opposition groups – Justice First, Democratic Action and A New Era – backed the bill to remove Guaidó and create the five-member commission to manage foreign assets, especially the US refinery Citgo, a subsidiary of the state oil company PDVSA.

A spokesman for the US National Security Council said on Friday that Washington will continue to support the opposition, the assembly and the interim government “regardless of the form it takes”.