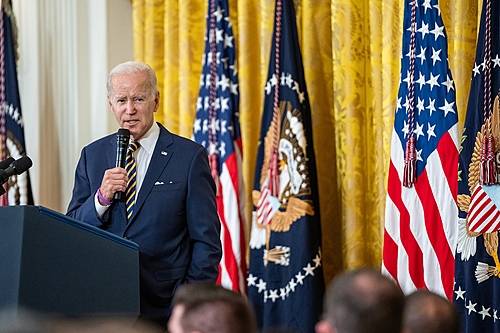 The United States affirmed that it will respect the decision of the Venezuelan right to end the so-called “interim presidency” of Juan Guaidó, but assured that this will not imply the recognition of President Nicolás Maduro.

At a press conference on Tuesday (3), US State Department spokesman Ned Price classified Guaidó as a “member of the 2015 National Assembly” and said he would respect the decisions the body made.

After two votes held at the end of December, the 104 former deputies who meet in the parallel National Assembly of Venezuela decided to eliminate Guaidó’s fictitious position, an action that meant a radical change in the political strategy of this sector of the Venezuelan opposition.

By acknowledging the changes, the US ends four years of unrestricted support given to Guaidó’s “interim” that began in 2019 when Republican Donald Trump was president. Since then, Washington stopped recognizing President Nicolás Maduro and started to consider only the authorities linked to the opposition as legitimate, an act that was accompanied by several European and South American countries.

This allowed companies and funds of the Venezuelan State that are blocked abroad to pass into the hands of the political group commanded by Guaidó. The Citgo refinery network and the gold reserves at the Bank of England are some of the assets that remain controlled by the opposition.

::Venezuelans take to the streets to demand the release of state assets blocked abroad::

Regarding the future of these assets, Price said on Tuesday that “the members of the National Assembly are discussing among themselves how they will handle the assets abroad, [e os EUA irão] continue discussing this topic with them”.

The US position on the opposition’s next steps is key to determining the future of Venezuelan assets abroad, as the official establishment of channels with the Maduro government could open up space for the return of assets to the state.

However, Price assured that, despite the end of Guaidó’s “mandate”, the US will continue to classify Maduro as “illegitimate” and will continue to apply the “sanctions program against Venezuela”.

In 2022, the US and Venezuela experienced a de-escalation in tensions for the first time since the breakup in 2019. President Joe Biden’s government even sent a special delegation on two occasions to dialogue directly with the Maduro government. The energy supply emergency generated by the war between Russia and Ukraine has accelerated the West’s willingness to reconsider the diplomatic position regarding Venezuela.

In November, government and opposition delegations reinstated the negotiating table in Mexico and signed an agreement that provided for the release of around US$ 3 billion in funds that are blocked abroad.

The return to the dialogue table was celebrated by US diplomacy, which insists on placing the advances achieved in Mexico as a requirement for suspending sanctions. Also in November, the energy sector giant Chevron was authorized by the Office of Foreign Assets Control (OFAC) to resume extracting and marketing Venezuelan oil.

The good signs between Washington in Caracas were celebrated by Maduro in an interview with journalist Ignacio Ramonet, published last Sunday (1). The president went so far as to say that the country “is fully prepared to take a step towards a process of normalization of diplomatic, consular and political relations with this government of the United States and with other governments”.