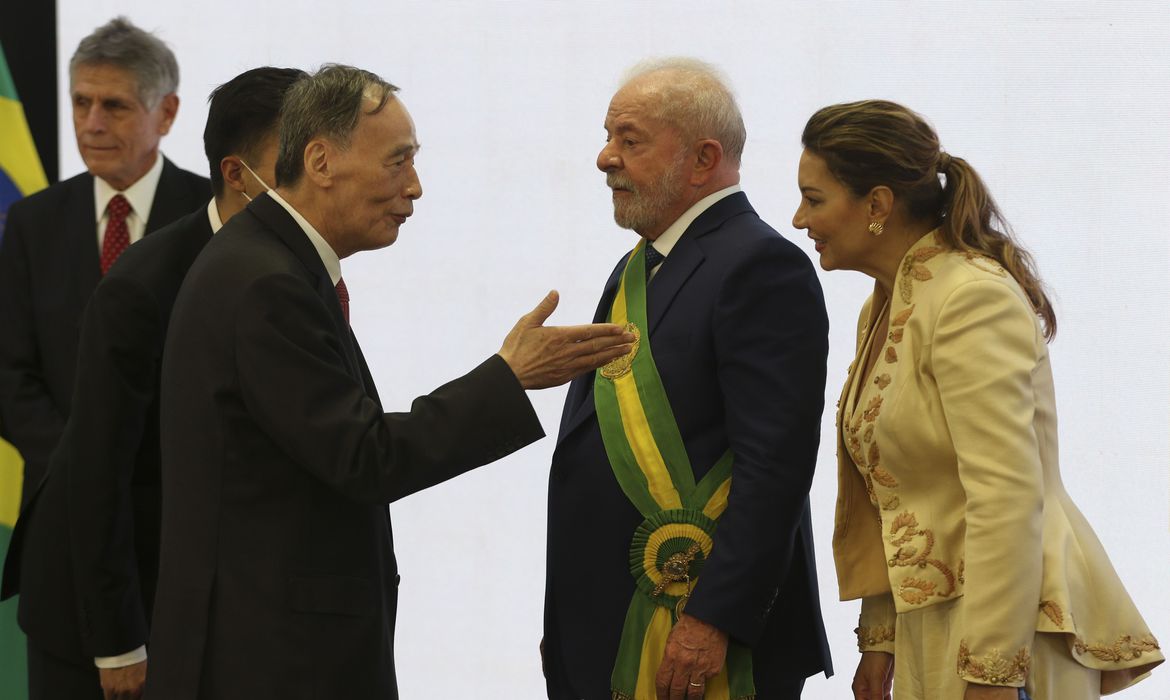 Work remains intense on the agenda of President Luis Inácio Lula da Silva, since yesterday. After dinner with leaders from around the world, Monday is full of bilateral meetings with 13 heads of state and two heads of government and parliaments. Most representatives are from Latin America or Portuguese-speaking countries. There are great expectations for the meeting at 2:30 pm with the Vice President of China, Wang Qishan.

These meetings were scheduled after 20 heads of state came to Brasília to participate in the official inauguration ceremony of the president, a record number of participations until today. In addition, more than 120 countries sent representatives. According to Itamaraty, this Sunday’s inauguration had the largest number of foreign delegations in history – surpassing even events such as the 2016 Olympics in Rio.

At the last event of the inauguration ceremony, a cocktail at the Itamaraty Palace, President Luiz Inácio Lula da Silva arrived around nine pm, accompanied by First Lady Janja Lula da Silva. There, he met with various authorities such as the president of the Superior Electoral Court, Alexandre de Moraes. Vice President Geraldo Alckmin and the second lady, Lu Alckmin, also attended the event.

Marcelo Rebelo, president of Portugal, also had an appointment with the Brazilian president at noon. Rebelo stated that Lula should visit the country by March of this year and stressed the importance of the Brazilian president in the international agenda. “The role that President Lula defined so well today is Brazil’s role in the world. This multilateralism is key to bringing us closer together,” he said.

Among the international organizations, representatives of the Community of Portuguese Speaking Countries, the Latin American Integration Association, the Inter-American Development Bank and the Amazon Cooperation Treaty Organization also participated in the inauguration ceremony.

In all, delegations from 65 countries confirmed their presence at the inauguration ceremony, including heads of state and government, vice presidents, foreign ministers, special envoys and representatives of international organizations. In addition to ambassadors and diplomatic corps, around 120 countries were represented.

Despite not being on the official agenda, Lula is considering going to Pelé’s wake, which is being held at the Urbano Caldeira stadium, known as Vila Belmiro, in Santos (SP). As the schedule ends around 6 pm, he can appear in Santos at night.

All meetings will be held at the Itamaraty Palace, in Brasília (DF).