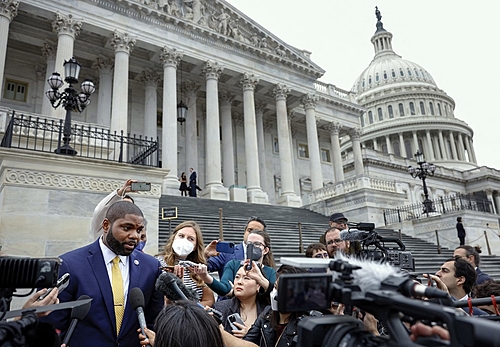 The US House of Representatives is in an unusual situation. Republicans own 222 seats, but even so they failed to gather the 218 votes needed to elect the new President of the Legislature. Voting began on Tuesday (3) and is repeated on Wednesday (4), still without a resolution. The rules provide that the vote is redone until a name reaches the necessary votes.

The last time this happened was in 1923, when it took nine ballots for a winner to be named, reports The New York Times.

In the first two ballots, Republican Kevin McCarthy reached 203 votes. In the fifth and most recent attempt, this Wednesday, there were 201 votes. The result shows that the stalemate continues even after former President Donald Trump tried to resolve the issue.

On the social network he created after being banned from Facebook and Twitter in the wake of the attempted coup d’état he sponsored on January 6, 2021, Trump said: “Now it’s time for all our great Republican House members to vote for Kevin, close the business, win the victory.”.

For Denilde Holzhacker, professor of international relations at the Escola Superior de Propaganda e Marketing (ESPM), the situation demonstrates that Trump, despite the strength he has in the party, “is not aggregator”. The former president is pointed out by the party as responsible for the Republicans not having won a significant victory in the mid-term elections as the opinion polls indicated.

“It is an unusual reaction, but the increase in divisions and lack of coordination within the Republican party has already been noticed since the parliamentary election in 2022. The result of a tightening of positions since the Trump administration. on McCarthy’s leadership capacity after all this confusion, even if he reaches the majority to become a leader”, says the researcher to the Brazil in Fact.

Also according to Holzhacker, a weak leadership in command of Congress does not even interest President and Democrat Joe Biden, who finds himself facing a Republican party divided between “extreme right, Trumpists and moderate conservatives”. “This could encourage the most radical wings and increase the difficulties for the next two years of government”, says the ESPM professor.