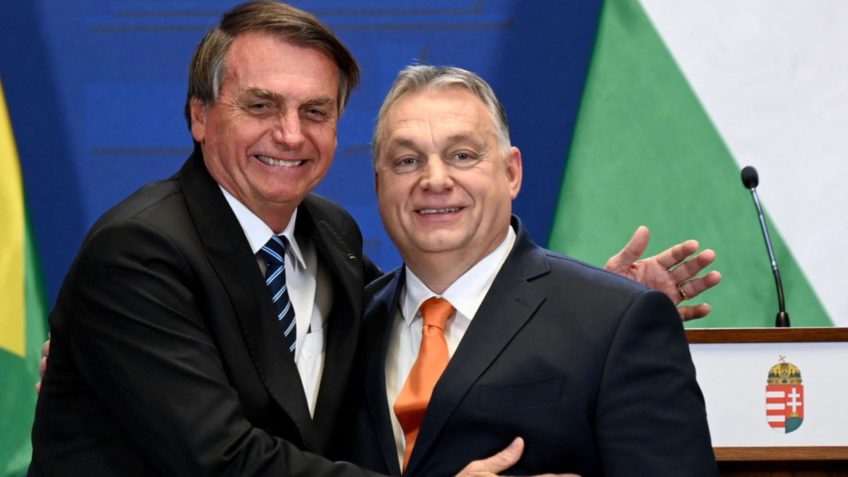 There are already enough elements to say that a hypothetical second term for Bolsonaro will not be a mere repetition or continuation of the first. If it were just that, it would be bad enough. But everything indicates that it could be much worse. Despite all the destruction promoted over the last four years, it is necessary to admit that several measures intended by Bolsonaro could not be applied because they ran into some kind of institutional barrier that the current president was unable to overcome. It was like this in the case of the pandemic, when the STF guaranteed the autonomy of mayors and governors in managing the crisis caused by the new coronavirus, a measure that prevented the damage caused from being even greater. Or when the same STF initiated investigations, annulled acts or determined measures that went against the interests of the government. Or when ANVISA approved the use of vaccines, even against Bolsonaro’s will. The same happened in Congress. Despite the agreement with the centrão and decisive victories in the Chamber of Deputies and Senate, Bolsonarism failed to pass a series of laws that would be in Bolsonaro’s interest, such as the printed vote, the district and many others. Until now, proposals such as the privatization of Petrobras and Banco do Brasil remain stagnant in congress. In general, it can be said that Bolsonaro controls the government and parliament, but not the regime as a whole because there are still many fundamental institutions that remain autonomous and still function according to a republican logic.

But things tend to be different if Bolsonaro wins a second term. And the model that he (along with the entire world extreme right) seeks to apply is that of Hungary. What happened in that country?

What is Hungary and who is Viktor Orbán?

Hungary is a small, landlocked country of about 10 million inhabitants, located in the heart of Eastern Europe and with a geopolitical importance far greater than that determined solely by its population and economy. Freed from Nazi occupation by the Red Army at the end of World War II, Hungary became part of the pro-Soviet bloc embodied in the Warsaw Pact. The relationship with the Soviet Union was always conflicted, which was expressed in the important democratic uprising of 1956, crushed by Soviet tanks that entered Budapest and suffocated the mobilizations. With the dissolution of the Warsaw Pact in 1991, Hungary entered the orbit of the great European powers, joining NATO in 1999 and the European Union in 2004.

Viktor Mihály Orbán (1963), is a far-right politician who came from the old structure of the Hungarian Communist Youth and who became Prime Minister of Hungary for the first time in 1998. The path followed by Orbán was from communism to liberalism, from this to conservatism and from there to the extreme right. His first term was marked by rapprochement with European liberal structures, such as the EU and NATO. In 2010, Orbán returned to power and this is where things start to get interesting and also worrying. Viktor Orbán has won every general election since then (2010, 2014, 2018 and 2022), making him the longest-serving leader of the European Union. From a political and ideological point of view, their governments were marked by intense attacks on the LGBTQIA+ community and immigrants, considered by Orbán as the root of all the evils faced by Hungary. But that is not what sets Orbán apart from other far-right leaders. What is most important is what Orbán did from the point of view of the country’s political regime, which allowed him to remain in power until today.

Since taking office, in addition to hate speech against LGBTQIA+ people and immigrants, highlighted as the central internal enemies (which has guaranteed him important popular support among a population terrified by fake news and permanent disinformation campaigns), Orbán has carried out a series of of reforms that can serve as a model for Bolsonaro.

Once he won a solid parliamentary majority for his far-right Fidesz party, Orbán focused on the judiciary. The country’s new constitution, enacted in 2011, lowered the compulsory retirement age for judges from 70 to 62, in addition to transferring the function of appointing new judges to an executive branch body, the National Judiciary Department. This body, in addition to appointing judges, distributes cases among available magistrates, thus guaranteeing the Executive absolute control over any and all political, civil or criminal proceedings in the country.

Also (and probably most importantly), Orbán increased the number of Supreme Court justices from 11 to 15, which allowed him to appoint the majority of its members and gave him complete control over the judiciary. With the judiciary under his command, Orbán moved on to attack in other areas. He has altered the boundaries of electoral districts in such a way that his party, even if it does not win a majority of the popular vote, can win elections. In education, he passed a law that passed the administration of public universities to private social organizations, all of them linked to his party, which effectively ended university autonomy and professorship freedom in 11 of the 16 public universities in the country.

In the field of press freedom, he created the National Authority for Media and Infocommunication, responsible for granting or canceling public radio and TV concessions, which placed almost 90% of the country’s media under direct government control.

In a word, Orbán installed a dictatorship without the need for a violent coup, with tanks or soldiers in the streets. Everything went through reforms of the system itself.

Brazil under a second Bolsonaro government

Despite the complexity of Brazil, it must be admitted that Bolsonaro, if he wins, will find himself in a highly favorable situation to apply something in this style.

Bolsonaro elected a majority in the Chamber of Deputies that, depending on the behavior of some parties, can guarantee him an absolute majority (3/5), enough for constitutional changes. The same occurs in the Senate, with 17 of the 27 new senators being linked to Bolsonarism.

Within the scope of the Judiciary, Rosa Weber and Ricardo Lewandowski will retire in 2023, which would already add up to 4 nominations of Supreme Ministers for Bolsonaro (we remember the nominations of Nunes Marques and André Mendonça). As if that were not enough, in the last week, on more than one occasion, Bolsonaro and his shock troops began to threaten the country with an increase in the number of STF judges from 11 to 16, a measure that only finds a parallel in Institutional Act No. 2, decreed by the military dictatorship in 1965.

Finally, Bolsonaro elected numerous nearby governors and will certainly elect others in this second round. Added to this is the mountain of Bolsonarist mayors elected in 2020 and who will remain in their positions until 2024.

That is, if he wins the second round, Bolsonaro could find himself in a situation that would include, but would not be limited to: 1) control of the Executive Branch and the entire State apparatus, including the Federal Police and the Armed Forces; 2) control of the National Congress, with a probability of a constitutional majority; 3) Control of the Judiciary; 4) majority among governors and mayors; 5) resumption of economic growth, reduction of inflation and unemployment; 6) moral panic among the population; 7) strengthening of the “internal enemy” discourse, materialized in the PT and the left, in the LGBTQIA+ population and in the poor and oppressed in general; 8) Bolsonarist control over the Military Police in the states; 9) support between agribusiness, the financial market and the majority of the national bourgeoisie; 10) support among the middle class; 11) Arming of illegal militias, “shooting clubs” and “collectors”.

What would be Bolsonaro’s targets? These would include, but would not be limited to: 1) public universities and the educational system as a whole (end of university autonomy, end of chair freedom, resumption of the “Escola sem Partido” project, precariousness of teaching work, end of the policy of quotas, end of ENEM and SISU, militarization of schools); 2) press; 3) State institutions that still maintain autonomy in relation to political appointments (scientific and regulatory agencies and institutes); 4) environment, with total deregulation of all protective legislation; 5) indigenous and traditional peoples; 6) the left; labor rights and civil service; 7) SUS and reproductive rights; 8) children’s rights (criminal majority).

In addition, Bolsonaro would increasingly promote the merger between the State and the neo-Pentecostal churches, transforming Brazil into a de facto theocracy, with more or less open persecution against religions of African origin and even against progressive Catholicism.

Bolsonaro would promote the privatization of the State in a sense qualitatively different from that thought by traditional neoliberalism, with direct appropriation of national wealth by his clan of supporters, towards the construction of a new dominant social class that is totally faithful to him (see Russia and the new oligarchs created by Putin).

Generally speaking, what awaits us if Bolsonaro wins is a setback or civilizational destruction, the complete bankruptcy of Brazil as a nation and its transformation into a barbaric and medieval personal republic with pre-Enlightenment values, run by a scoundrel and ignorant elite.

As a result, an entire generation of activists, progressive artists, serious scientists, people from poverty who earned a university degree would be demoralized and forever lost as a political and social force. The country would enter a long and profound period of decay, which would threaten civilization and culture itself. Brazil as we know it would cease to exist and nobody knows what would emerge in its place. From a passing government, Bolsonarism would turn into a type of regime, with deep penetration into State institutions. Fascism would create state, legal, political, social and economic roots that would transform it into a social movement with a power far superior to what we see today.

That’s what’s at stake. And for that, tanks and soldiers on the streets will not be needed. It is enough for Bolsonaro to win this second round.