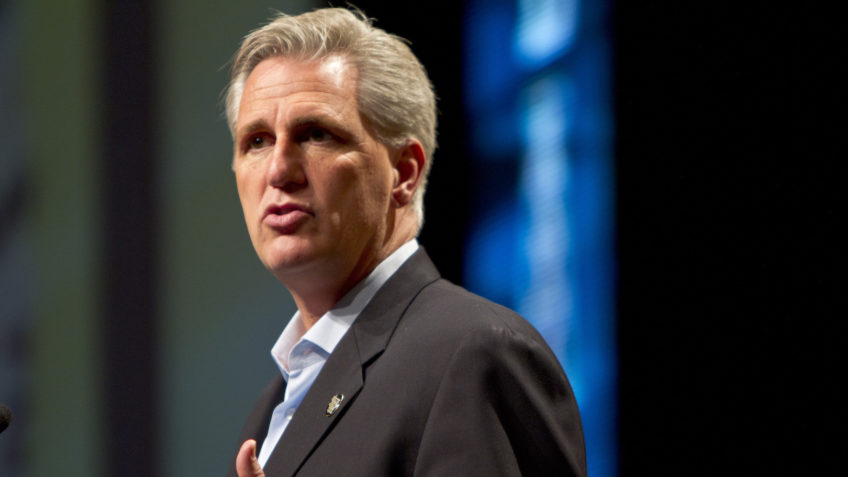 The US House of Representatives, controlled by a Republican majority after the midterm elections, remains without a president. This Thursday (5.jan.2023), the leader of the Republican Party, Kevin McCarthy, did not get enough support to be elected in 5 ballots.

Voting for president has been held since Tuesday (Jan 3), when 3 rounds were held. On Wednesday (Jan 4), there were another 3. The 12th round will be voted on Friday (Jan 6), at 2 pm (Brasília time).

Republican Kevin Hern was nominated to contest the leadership of the Lower House in the 8th round. He received 2 votes. Donalds lost 2 and ended up with 17. McCarthy and Jeffries remained with the same amount of votes. Again, one congressman voted for Trump and another abstained.

In the 9th, Jeffries and Donalds held 212 and 17 votes, respectively. McCarthy lost one and ended the poll with 200, while Hern received one more and went to 3 votes. One deputy abstained.

In the 10th, Hern was 7 votes. Donalds lost 4. Jeffries and McCarthy kept the amount of votes from the previous round.

In the 11th, McCarthy, Jeffries, Donalds and Hern received respectively 200, 212, 12 and 1 votes. One congressman voted for Trump and another abstained.

At the end of the 11th round, it was proposed to postpone the vote. Democrats objected, and deputies voted on a motion.

By 219 votes in favor, the choice of the new leadership of the House of Representatives will continue on Friday. They were against the postponement, 213 deputies. Another 2 abstained.

US law determines that members hold votes until someone reaches a majority to preside over the House. Meanwhile, Casa Baixa is paralyzed and the members elected for the 118th Congress have not taken office.

According to the legislation, 218 votes are needed for a new leader to win the dispute. It is possible for a president to be elected with less than 218 votes if not all deputies attend or if some vote “present” (present, in free translation) which is equivalent to an abstention. Democrat Nancy Pelosi, for example, won with 215 votes.

This is the first time in 100 years that the US House has needed more than one vote to decide who will be in charge. The last time was in 1923. At the time, 9 rounds were needed.