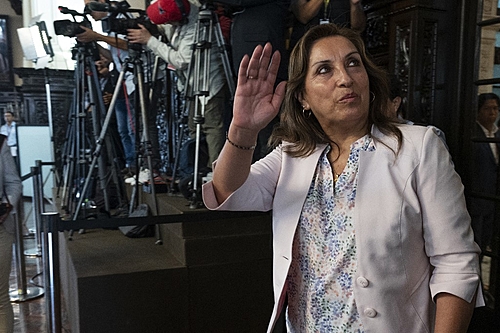 Several social organizations, trade unions and movements in favor of indigenous peoples and peasants in Peru will start this Wednesday (01/04) a new wave of demonstrations against the government of Peruvian President Dina Boluarte.

The mobilization of all these entities has three demands in common, the main one being the holding of new elections in the country in the first half of 2023, as a way of resolving the political crisis that has taken hold in the country since the dismissal of Pedro Castillo in December.

Other important claims are the holding of a constituent assembly in the country, to replace the current magna carta imposed in 1993 by then dictator Alberto Fujimori, and an investigation to determine political responsibility for the 22 deaths of demonstrators that occurred during the December protests.

The entities that joined the mobilization form part of the Coordination of Left and Progressive Political Organizations (COIP) and the General Confederation of Workers of Peru (CGTP).

Both bodies claim that the stoppage this Wednesday is a continuation of the movement started in December, which was interrupted due to the end of year festivities, and is now being resumed. For this reason, they reiterate that the deaths caused by police repression of previous acts are considered losses of the same movement.

The day has scheduled protests in at least eight departments in the interior of Peru: Apurímac, Arequipa, Ayachucho, Cajamarca, Cusco, Madre de Dios, Moquegua and Puno. Several are also marked in the metropolitan area of ​​Lima, the country’s capital. The main one will take place at Praça 2 de Maio, in the historic center of the city.

The political crisis in Peru began on the first day of December, with the request for a vacancy motion by then President Pedro Castillo. The process is similar to impeachment in Brazil, and Castillo had a week to defend himself.

On December 7, when Congress was going to vote on whether or not to remove the president, Castillo himself stepped forward and tried to impose a decree to dissolve the Legislature and install a government of exception in the country.

The measure was not accepted by the other institutions, and did not prevent the voting process against the representative, which ended with 101 votes in favor of his removal from power.

That journey would still end with Castillo being detained by the Peruvian National Police, under the accusation of attacking the democratic order.

Vice President Dina Boluarte took office after Castillo’s ousting. In her first statement, she said she intended to remain in power until the end of her current term, in July 2026.

However, from December 10, social organizations in Peru started a wave of protests demanding that the political crisis be resolved by bringing forward the electoral calendar, and that the presidential election be held in the first half of this year, 2023.

Social pressure made Boluarte step back and present a project that brings forward the general elections (for president and all deputies of Peru’s unicameral congress) to April 2024. The proposal did not please the entities, which remained mobilized.

Another thing that did not stop the momentum of the mobilizations was the extreme violence that the Boluarte government has used to try to contain the protests. According to the National Human Rights Coordinator of Peru (CNDDHH), at least 22 people were killed by police action during the acts.

President Boluarte recognizes the deaths produced in the demonstrations, but blames the organizations for “extremist violence”, claiming that this is the reason why the police “are forced to act more rigorously”. The president also declared a state of emergency across the country, a measure that includes a curfew in cities where demonstrations have been most numerous.

With information from TeleSUR