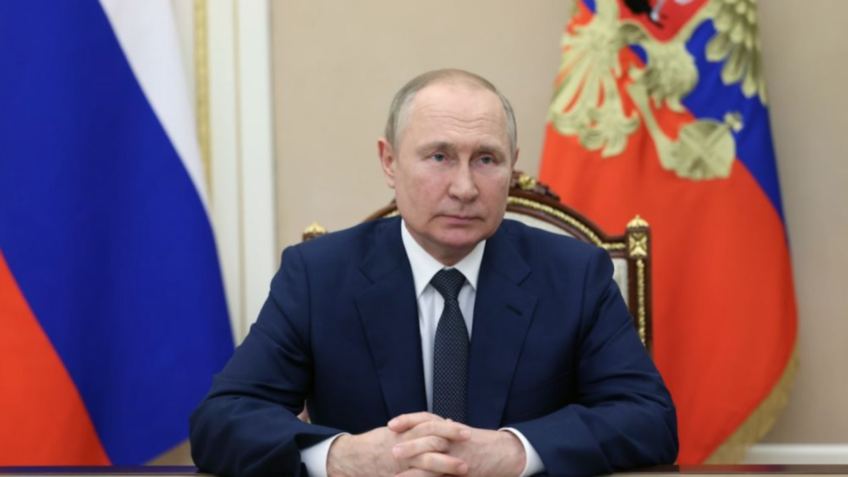 The President of Russia, Vladimir Putin, ordered the Russian Ministry of Defense this Thursday (5.Jan.2023) a ceasefire in the conflict with Ukraine during the Orthodox Christmas. The measure would be valid from 12 pm on Friday (6.jan) until midnight on Saturday (7.jan), Moscow time.

“Based on the fact that a large number of citizens professing the Orthodox religion live in the fighting areas, we call on the Ukrainian side to declare a ceasefire and give them the opportunity to attend religious festivities on Christmas Eve, as well as on the day of the nativity of Christ, says determination. Here is the full text (49 KB, in Russian).

The suggestion, however, was rejected by Ukraine. Ukrainian President Volodymir Zelensky’s presidential adviser, Mikhailo Podoliak, published on his Twitter profile that the ceasefire was a “cynical trap and propaganda element”. 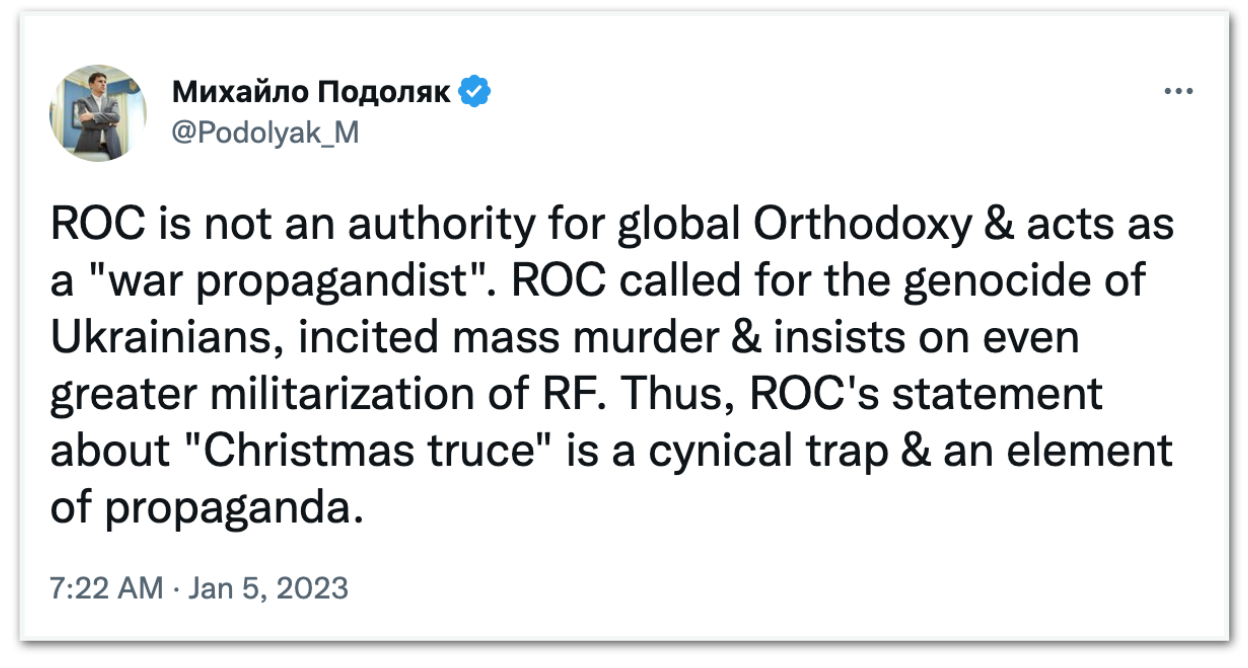 In another publication, Podoliak these: “Ukraine does not attack foreign territories and does not kill civilians like Russia does. Ukraine only destroys soldiers of the occupying army on its territory. Russia must leave the occupied territories – only then will it have a ‘temporary truce’. Keep the hypocrisy to yourself.” 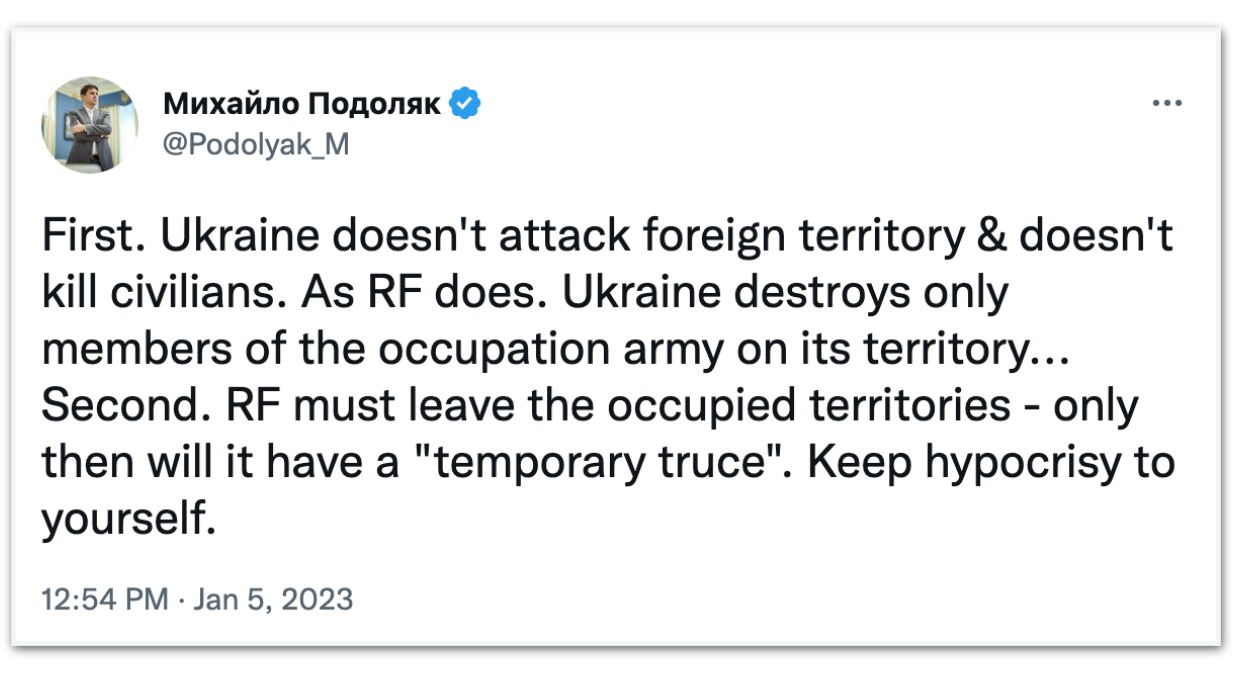 The ceasefire was requested by the Patriarch of Moscow, Cyril, according to the news agency Tass. Orthodox Christians celebrate Christmas between the 6th and 7th of January.

“I, Patriarch of Moscow and All Russia, Cyril, call on all parties involved in the destructive conflict to establish a Christmas ceasefire from midnight January 6th to 12:00 am on January 7th Moscow time , so that the Orthodox can attend church and religious services on Christmas Eve and Day”said the Russian Orthodox Church.