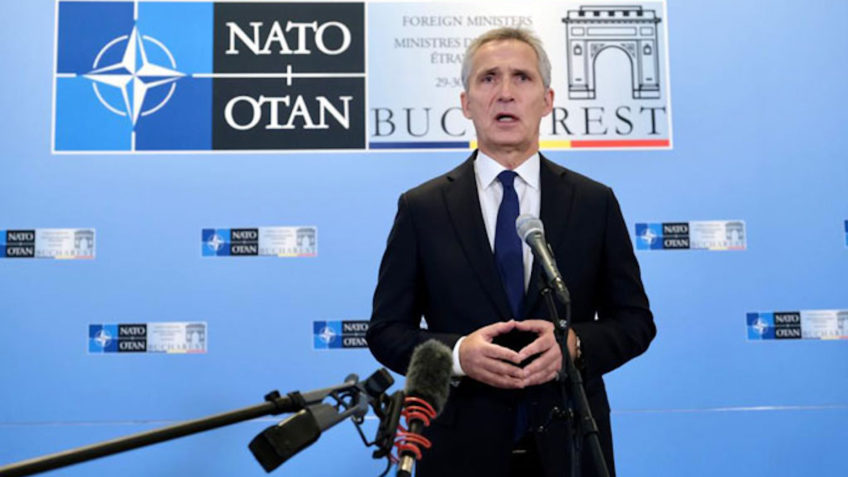 The secretary general of NATO (North Atlantic Treaty Organization), Jens Stoltenberg, asked Ukraine’s allies to intensify the shipment of arms to the country. “If we want to negotiate a peaceful solution tomorrow, we need to provide more weapons today”told the agency Reuters this Wednesday (18.jan.2023), during the World Economic Forum in Davos, Switzerland.

“We are at a critical juncture in the war and we need a significant increase in support for Ukraine”, said Stoltenberg. On Friday (20.jan), representatives of more than 50 countries will meet at the air base of Ramstein, in Germany, to discuss the next steps of the military alliance.

The meeting aims to convince Berlin to allow the shipment of German-made Leopard tanks to Eastern Europe. Allied countries that have the equipment have already reinforced their interest in sending some of their tanks to Ukrainian territory, but these measures still depend on German approval.

This week, the UK increased the pressure on Germany by pledging to send 14 Challenger tanks. However, even with the shipment of British armament, there is a consensus among the Allied countries that German units are better suited to strengthen the Ukrainian defense.

In addition to tanks, Stoltenberg also mentioned the need to send anti-aircraft defense systems, ammunition and spare parts for weapons. Several fronts had stabilized in recent weeks, but Russian attacks on the city of Bakhmut demonstrated the need for more military support.

“The president [da Rússia, Vladimir] Putin has shown no signs that he is preparing for peace and therefore we must show that he cannot win on the battlefield.”added the secretary general.

In response to NATO requests, the United States sent part of the stockpile of weapons and ammunition held in Israel to Ukraine.

Around 300,000 ammunition was destined for Europe and half has already been sent to Ukraine via Poland.

The arsenal was kept to be used in eventual conflicts in the Middle East and is part of an agreement established with Israel.

However, sending weapons from Israeli territory may cause discomfort with local authorities. The country decided to maintain neutrality in the face of the conflict so as not to undermine relations with Russia.

On Tuesday (17.jan), the Russian government announced that it will increase its contingent of soldiers to 1.5 million by 2026.

In addition to the increase in the number of military personnel, the Kremlin also reported the creation of new military bases in Europe and reinforcements for the border with Finland.

With that, the Russians are preparing for the arrival of new weapons to the Ukrainians, but they are also showing signs of concern with the entry of Finland and Sweden into NATO.

The 2 countries are in the process of joining the Western military alliance. The ticket would double the alliance’s land border with Russia.