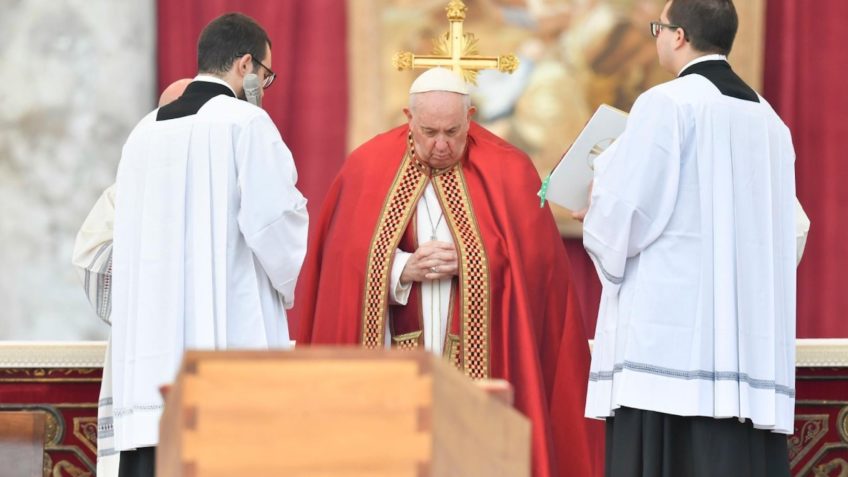 The funeral mass of Pope Benedict 16 was held this Thursday (5.jan.2023) at the Vatican. Him died on December 31, aged 95. After a private ceremony, your body will be buried in the crypt of St. Peter’s Basilica that belonged to John Paul II.

The funeral began at 5:30 am (Brasília time), outside the Basilica of St. Peter. It was commanded by Pope Francis – it is the first time that an acting pope presides over the funeral ceremony of his predecessor. Due to his health, Francis had the help of Giovanni Battista Re, dean of the College of Cardinals.

According to the Italian press, more than 50,000 people occupied the places available in St. Peter’s Square. There were still people outside the delimited space and in the streets around the place – in addition to religious people who participated in the ceremony, authorities and journalists.

St. Peter’s Square during the funeral of Benedict XVI

In his opening speech, Francis asked that his predecessor “be welcomed by God”.

“Attached to the last words of the Lord and the testimony of his whole life, we too want to follow in his footsteps and entrust our brother into the hands of the Father”, declared the pope. At the end of his speech he said: “Bento, faithful friend of the Spouse, may your joy be complete in hearing His voice, now and forever!”

Only the leaders of Italy and Germany were formally invited to the funeral. Representatives of other countries or organizations were able to participate in the ceremony privately. 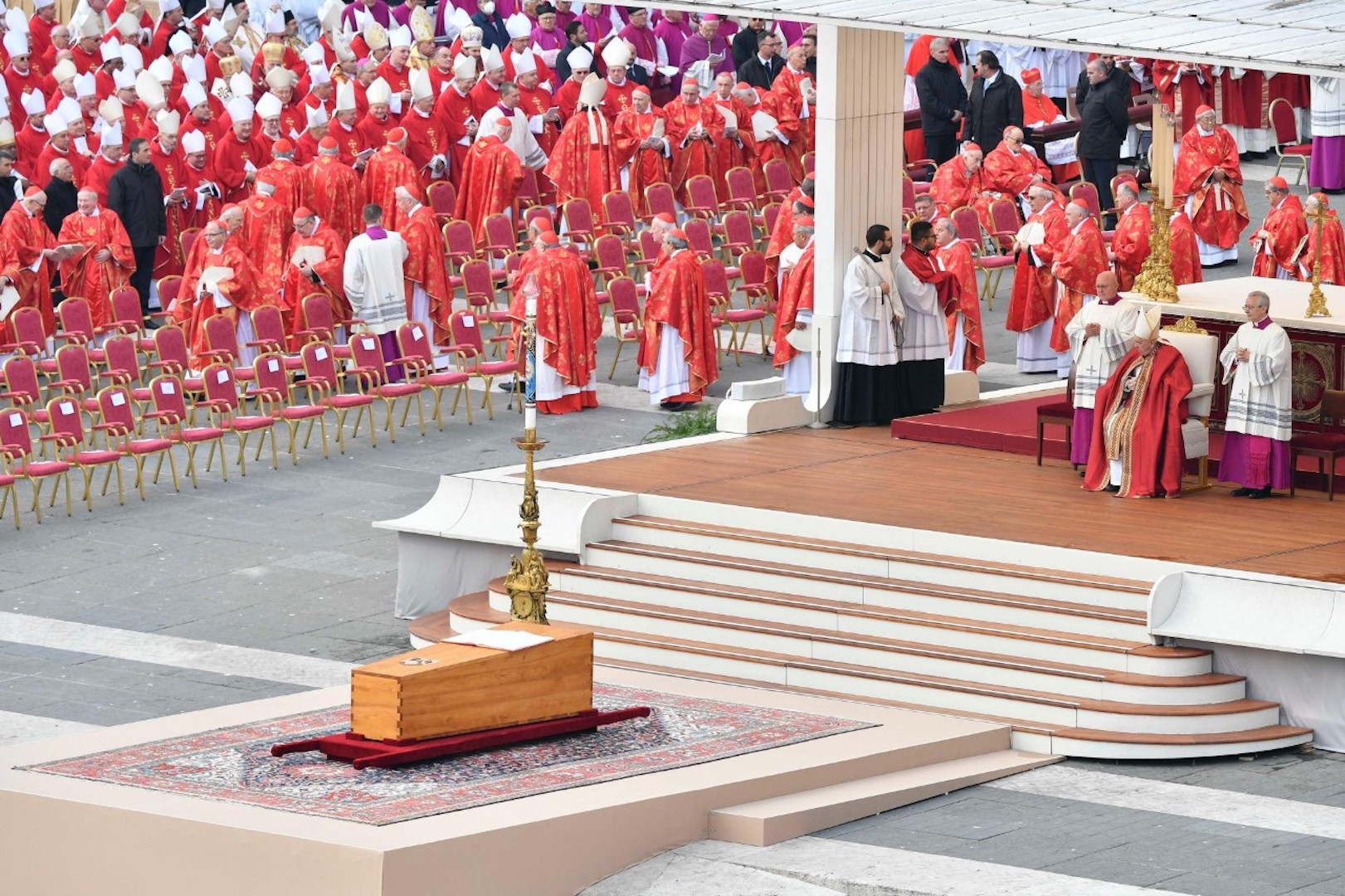 Benedict XVI’s funeral mass was held outside St. Peter’s Basilica in the Vatican

Benedict XVI’s coffin, made of cypress wood, was closed in a ritual performed on the night of Wednesday (4.jan). Following tradition, the pallium of the pope emeritus, coins and medals minted during his pontificate, and a lead tube with a Latin scripture listing the key points of his time at the head of the Catholic Church were placed next to the body.

Before being buried, the cypress coffin will be placed inside 2 others: one of zinc and one oak.

Watch the moment the coffin is carried out of St. Peter’s Basilica for the funeral to begin:

Joseph Ratzinger was 95 years old and was born in Bavaria, Germany. He was nominated in 2005 to succeed Pope John Paul II.

After 7 years, in 2013, the pontiff resigned from the papacy in 2013 saying that his fragile health and advanced age would not be up to the demands of the office. It was the first resignation of a pope in over 600 years.

During the period that he presided over the Catholic Church, Ratzinger visited Brazil in 2007. On the occasion, he went to the Sanctuary of Aparecida, in São Paulo. In addition, he inaugurated the General Conference of the Latin American Episcopate, responsible for the canonization (a ritual in the Catholic Church that says who becomes a saint) of the 1st Brazilian saint, Frei Galvão.

In September 2021, the pontiff released a booko “Real Europe”in which he criticized same-sex marriage.