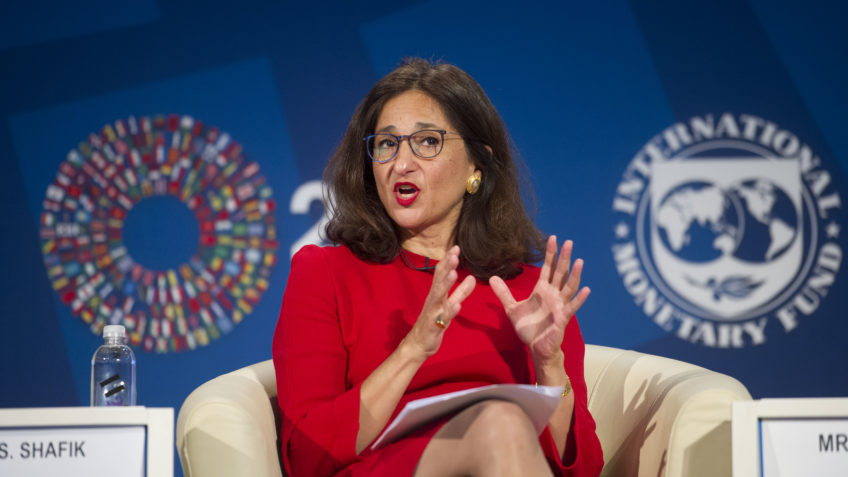 The Egyptian Nemat Shafik will be the institution’s 20th dean; she will take office in July

Columbia University in New York will have a woman as president for the first time. The Egyptian Nemat Shafik, 60 years old, was announced this Wednesday (18.jan.2023) in a statement sent to the academic community.

Nemat Shafik is an economist and ran the LSE (London School of Economics) in the United Kingdom. The future dean will take over in July 2023. She will replace Lee C. Bollinger, 76, who has been in office since 2002.

The economist will be the 20th president of the university. Jonathan Lavine, chairman of Columbia’s Board of Trustees, called Shafik a “the perfect candidate”.

“Shafik is a bright and capable global leader, a good builder of community ties and a prominent economist who understands academia and the world beyond,” stated.

Another who also praised her was the Nobel Prize winner and professor of economics at Columbia, Joseph Stiglitz. “One of the things I admire about Shafik is that she maintained her commitment to intellectual inquiry even as she continued to work in positions of enormous responsibility”he stated.

In a note, Shafik says she is excited to arrive in New York. “It’s a great university in a great global city. And that combination is quite distinctive and creates an openness to the world and a unique sense of dynamism and creativity.” stated.

Shafik’s nomination came after other educational institutions also appointed women to head the main universities, when issues of racial quotas gained greater relevance in the country.

“We need to rise to this challenge because providing opportunities for everyone is an essential part of what we do”he stated.

Who is Nemat Shafik

Shafik was born in Alexandria, Egypt, on August 13, 1962. He moved to the United States at age 4 due to political and economic turmoil in Egypt at the time.

Nemat Shafik is married to biologist Raffael Jovine, with whom she has 2 children and 3 stepchildren.

Columbia University was founded in 1754. It is the oldest institution of higher education in the State of New York and the 5th oldest in the United States.

No ranking Best Universities in the World 2022 US News & World Reportthe institution is in 7th place.