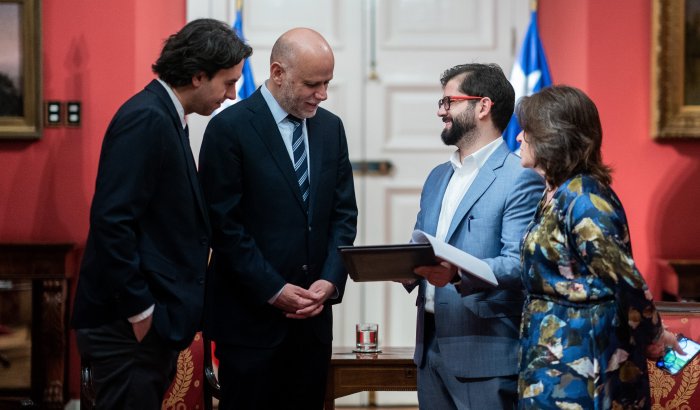 Chile’s Congress approved, this Wednesday (11), a new process to replace the country’s current Constitution, which was drafted during the dictatorship of Augusto Pinochet (1973-1990). The new attempt at reform, which mixes elected and designated bodies, should be sanctioned by President Gabriel Boric this week.

This will be the second attempt, after the plebiscite held on September 4, 2022, which rejected the previous version. The new process should be completed in December, with a ratification plebiscite.

The attempt to change the Constitution, subjected to dozens of reforms since the end of the Pinochet dictatorship, gained unprecedented momentum after the massive protests that began on October 18, 2019. The rejection of the approved text came despite the country having elected all 154 members constituents, with parity for native peoples.

Now, a new process begins with the approval of the law in the Chamber of Deputies by 109 votes to 37 and two abstentions, above the necessary quorum.

Unlike the previous attempt, whose draft was drawn up by a single convention elected by popular vote, this new one has three bodies, only one of which is elected by the Chileans.

Although there is no similarity with other constituent processes in the world, the proposal tries to overcome Chile’s political difficulties, opening more space for conservative sectors. The plebiscite was interpreted by the right as a disavowal of elected constituents, with a democratic and progressive majority.

Chileans will elect, on May 7, a Constitutional Council of 50 members, but there will also be two instances appointed by Congress, whose composition is questioned by critics of the project.

The Committee of Experts will write a draft, which will be discussed in the elected body and in the Technical Admissibility Committee, which will ensure that the articles do not contradict the so-called Fundamental Bases.

The most substantial difference is the 12 immutable Fundamental Bases that must be included in the new Magna Carta, established before the beginning of the process: in this way, Chile is a “democratic republic with a unitary and decentralized character”.

Indigenous peoples are recognized “as part of the Chilean nation, which is one and indivisible”, which prevents Chile from being declared a “plurinational” State, as the rejected project did. This was one of the themes most exploited by the right to prevent the approval of more important texts, such as the one that changes social security pensions, currently in the hands of the private sector.

It also establishes the existence of three distinct powers: Executive, Judiciary and Legislative, with Senate and Chamber of Deputies. The rejected proposal established the Systems of Justice, and the Senate was replaced by the Chamber of Regions.

The new project also determines the autonomy of the Central Bank and the Comptroller General of the Union, among other institutions. As a result, the central government no longer has political control over the policies established by the Central Bank, which now suffers greater interference from the financial market.