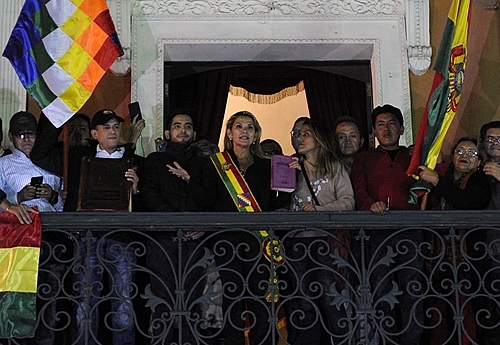 The Bolivian government revealed this Wednesday (04/01) that the investigation against the governor of Santa Cruz, Luis Fernando Camacho, accused of participating in the coup d’état against Evo Morales in 2019, discovered the involvement of the politician and businessman with large bank movements that strengthen the complaint he faces in court.

According to the Minister of the Government, Eduardo del Castillo, movements in Camacho’s bank account between November 5 and December 7, 2019 accumulated around 4.5 million bolivianos, equivalent to US$ 635 thousand.

Of this amount, 2.1 million bolivianos (US$ 296,000) were deposited by third parties into an account with Camacho. The other movements were deposits that Camacho himself made to third party accounts, also to other Bolivian banking institutions.

According to the Bolivian daily La Razón, some of those benefiting from Camacho’s deposits have already been identified. Among them are some former military chiefs, who were in charge of the Armed Forces at the time of the coup.

One of those involved is Brigadier General Jorge Lara, then commander of the Bolivian Air Force (FAB), who is also in prison for his links to the 2019 coup. He received two deposits in his bank account in the days prior to the coup against Evo .

According to Minister Del Castillo, Camacho’s bank transactions revealed so far by the investigation are “a small part of the financing of the coup (of 2019) in our country”. He assured that more information related to these transfers is contained in the file against the accused, but protected by secrecy of justice.

Camacho was a key figure in carrying out the coup on November 11, 2019. He led the carrying out of acts of vandalism against public buildings in La Paz, and he himself participated in the main attack, the invasion of the Quemado Palace, seat of power Executive of Bolivia.

The far-right politician even performed a live in one of the Palace’s halls, in which he appeared spreading a Bolivian flag on the ground, knelt down in front of it, opened a Bible and began to recite passages that, according to him, justified the coup action . The scene became a reference image for that coup.

The politician was arrested on the 28th of December 2022 due to his involvement in the coup. Days later, his preventive detention for four months was decreed.

With information from La Razón