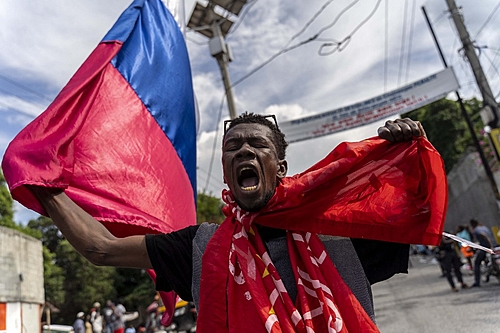 In recent months, Haiti has once again occupied a prominent place in the main newspapers in Brazil and the world – albeit briefly. The intensification of the humanitarian crisis in the country and the possibility of an international military intervention, under the support of the UN, placed the Haitian drama among the main themes of international politics, especially when we consider the US relations with its regional environment – ​​and, with that, with Brazil. Lula’s election also revived the Haitian issue: it was during his first government, in 2004, that Brazil decided to participate in the United Nations Mission for the Stabilization of the country, making that engagement an important means of projecting Brazilian foreign policy and a platform significant amount of international action by the military, with connections with the public security policy adopted in Rio de Janeiro. In order to better understand the current situation, the possibilities for action and how the Haitian crisis unfolded, it is necessary to carefully observe the latest main events.

In October, the US proposed, together with Mexico, two resolutions in the UN Security Council. The first, approved, established a regime of multilateral sanctions against individuals, institutions or companies considered to be associated with Haitian armed gangs and directly or indirectly responsible for violent actions that threaten the peace, security and stability of the country. The second resolution, following a position suggested by the Dominican Republic since June 2022, aimed to create a military and police intervention force, but its deliberation was suspended indefinitely after Russia and China showed resistance. An important fact in the case of the intervention is the refusal of the US itself to participate in the mission, a position expressed even by US military leaders. However, even if the US does not want to participate directly in the intervention, the US government has sought to convince the governments of other countries in the region, such as Canada and Brazil, to lead the operation. A path similar to the one adopted in 2004, when MINUSTAH started.

The proposal to create the intervention force was a response to the formal request of the current president and prime minister of Haiti, Ariel Henry, who finds himself in a position that is increasingly weakened politically by the growth of the armed and unarmed opposition and by the deepening of the humanitarian crisis. and institutional in the country. Since the assassination of then-president Jovenel Moïse in July 2021, acts of violence committed by urban gangs in disputes over control of territories and essential routes for the flow of products in the country have increased significantly, especially in the capital, Port-au-Prince. According to Ulrika Richardson, UN Humanitarian Affairs Coordinator in Haiti, currently around 60% of the city is under the control of these armed gangs.

A more significant recent fact that helps us to understand the timing One of Henry’s requests was the control, between September and November, of the country’s largest port terminal by a union of gangs called “G9 and allies”, led by ex-policeman Jimmy “Barbecue” Cherizier – who apparently had ties to President Moïse . The Varreux terminal is responsible for storing a large part of the fuel used in Haiti, and during the blockade the supply of energy to provide essential public services, such as hospitals, schools, and basic sanitation systems, was severely affected. The occupation of the terminal took place shortly after Henry announced in September the withdrawal of fuel subsidies, amid an escalation of opposition demonstrations and an increase in armed violence in the country throughout 2022, also driven by the global rise in fuel and food prices. caused by the war between Russia and Ukraine.

Henry’s request to the UN Security Council also came just days after OAS Secretary General Luis Almagro manifested support for Haiti to urgently request international aid and “determine the characteristics of the international security force” that would intervene in the country. In addition to the express support of the secretaries general of the OAS and the UN, the governments of the USA, Mexico and the Dominican Republic, the gesture was also seen favorably by associations that we can say represent the oligarchy that governs Haiti: Associação das Indústrias of Haiti, Haiti Tourist Association, Haiti Chamber of Commerce and Industry, American Chamber of Commerce in Haiti and Haitian-Canadian Chamber of Commerce and Industry. For the opposition, however, it is a last gesture of desperation for Henry to remain in power. In addition to the social and economic crisis Haiti is experiencing, the country’s semi-presidential political system is also in ruins due to the recurring postponement of elections. The mandate of the entire House ended in 2020, without having new elected representatives, parliament is practically non-existent and Henry, who should also have left office, acts through decrees. Another important piece of data is that what remains of the Senate, with only 10 of its 30 members, has expressed its opposition to carrying out an international intervention.

On the US side, movements for intervention in Haiti are nothing new in the current situation. Since 2019, groups that find their expression in newspapers such as New York Times e Washington Post have repeatedly defended an intervention in the country as the only way to solve their crisis – which affects domestic politics in the US mainly due to the influx of refugees to Miami. In September 2021, US diplomat Daniel Foote gained notoriety by stepping down as US special envoy to Haiti due to criticism of the Biden government’s forced repatriation migration policy. In his letter, Foote also criticized the recognition and support that the US government has offered to Henry. Recently, with the deepening of the Haitian crisis, the diplomat has pointed out that the US has only two options for the country: increase engagement with the training of the Haitian National Police to contain the increase in territory control and violence practiced by gangs or send tens of thousands of troops sometime in the near future.

For the time being, the position taken by the US and Canada is based on the use of sanctions against members of the Haitian political and economic elite, considered linked to serious human rights violations, although an international armed intervention is not completely ruled out. Currently, the list of people sanctioned by the US Department of the Treasury is made up of political leaders, such as current President of the Haitian Senate Joseph Lambert, former President of the Senate Youri Latortue, Senator Rony Célestin, and former Senator Richard Fourcand , in addition to Jimmy Cherizier, Fednel Monchery and Joseph Duplan, held responsible for the La Saline massacre in 2018 and sanctioned since 2020. On the Canadian side, in addition to those sanctioned by the US (with the exception of Richard Fourcand), the former -Senator Herve Foucard, former Speaker of the Chamber of Deputies Gary Bodeau, former President Michel Martelly, and former Prime Ministers Laurent Lamonthe and Jean Henry Ceant. Recently, Canada began to sanction members of the Haitian economic elite, such as Gilbert Bigio, one of the richest men in Haiti, as well as Reynold Deeb and Sherif Abdallah. Finally, the UN is setting up a panel of experts to decide which Haitians will make the organization’s sanctions list.

The retaking of the port of Varreux by police forces in early November has dampened the impetus for an international intervention in Haiti, although this option is still unlikely to be completely crossed off the lists of possible actions promoted by the US government. Recently, Canadian Prime Minister Justin Trudeau did not rule out the possibility of intervention, declaring that they are seeking the engagement of Southern countries for the action. However, still in October, during the presidential campaign in Brazil, the Puebla Group, a political space formed by Latin American left-wing leaders, issued an important statement criticizing Almagro’s position in the OAS, which Celso Amorim and Aloizio Mercadante signed. The Group’s statement also recognized the role of frequent external interference in the recurrence of crises in Haiti and considered it urgent to consider alternatives to military intervention in the country.

In any case, what past experiences show us, considering that Haiti has constantly experienced foreign military interventions since 1994, is that they have the potential to be seen by “security entrepreneurs” as a new formula for pacification and stabilization, or a new one case Of success. Certainly, coordinated action by the superpower will quickly contain the actions of urban armed groups in the short term and for the duration of the international operation. But as Anthony Lake, adviser to President Clinton during the 1994 intervention, said: US intervention would not guarantee that, in the long run, Haiti would escape its tragic history. In the case of the US, Lake, however, sought to reassure the US president, concerned about the political consequences of his action: “it is likely that any recurrence will occur gradually and well after our departure”.