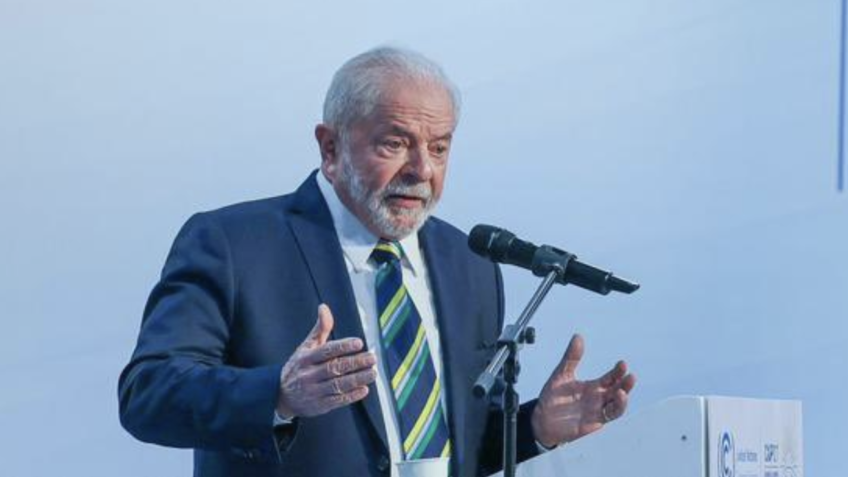 COP30 in the Amazon should bring investments to the region and advance the world’s climate agenda beyond rhetoric, writes Karina Lima

During the COP27 (27th United Nations Climate Conference), held in November 2022, the representatives of the parties took an important and historic decision. It was established that there will be financing of losses and damages for the consequences of climate change in countries most affected.

This is an urgent and essential demand, given that the rich countries –which became rich by emitting a lot and are the main responsible for global warming– will finally assume responsibility towards developing countries that have little responsibility for this scenario and that suffer more from the changes weather. It’s about a bit of climate justice. It’s not enough, but it’s a start.

Also in this last edition, the conference featured a speech that made the world turn its attention to Brazil. At the time already elected, Luiz Inacio Lula da Silva (PT) was invited to COP27 even before assuming the Presidency. He said during the event that he intends to hold rich countries to their promises.

And those who charge must do their part: our main mission is to end deforestation and take care not only of the Amazon, but of all our biomes. We could cut over 40% of our emissions just by doing this.

In the speech, Lula put himself in a leadership position, willing to fill this governance vacuum on climate and environmental issues. This brings great visibility and responsibility to Brazil, which intends to recover the prestige lost in the last 4 years and become a protagonist on the international scene with regard to the great challenge facing humanity.

There is a lot of work to be done, but we have the means to do it: the choice of Marina Silva for the ministry which, in addition to being about the Environment, is now also about Climate Change, it was absolutely right. And there are many indications that the issue will have priority, ceasing to be sectorial and becoming transversal.

Still at COP27 Lula he spoke about Brazil wanting to host the COP30, which will take place in 2025, and on Wednesday (11.jan.2023) the candidacy of Belém do Pará was made official.

Why is it important to host the COP?

COP27, which took place in Egypt, had the largest delegation of executives and lobbyists from the fossil fuel industry of all its editions and there is growing pressure for the UNFCCC (United Nations Framework Convention on Climate Change) adopt a policy of “Conflict of interests” to prevent this, since they are precisely the main source of greenhouse gas emissions. The fact is that, like the others, COP27 failed to name the cause of the problem and ultimately decide on the elimination of fossil fuels.

The participation of activists and members of civil society in general is important and becomes increasingly necessary to prevent large polluters from destroying the planet in the name of their profit. But these actors experienced harassment, intimidation and surveillance during COP27.

However, the United Arab Emirates, host of COP28 –to be held in 2023–, named Sultan Al Jaber, Executive president from one of the largest oil companies in the world to the position of President of the Conference. A complete waste and a gift to the fossil fuel industry. Therefore, hosting the COP matters and if Brazil is chosen, it will have the chance of not repeating such absurdities.

One of the goals of hosting COP30 in Pará is for it to bring funding and sustainable opportunities to the region. More than that, also to draw attention to the Amazon from the perspective of being in it –which can be very powerful– and to facilitate the participation of indigenous peoples, the true protectors of our forests. We will really need civil society to fully participate if we want to have the chance that this COP will be different and to be able to take advantage of this window that is rapidly closing.

In 1972, there was the 1st UN conference to address environmental issues. Seven years later, in 1979, the 1st climate conference was held. The United Nations Framework Convention on Climate Change (UNFCCC) was created during Eco-92, formalized in 1994, and since 1995 we have had “Conferences of the Parties” (COPs) with leaders and decision makers meeting annually to debate and implement environmental and climate policies. But what has changed in these more than 50 years?

The main intended changes did not come. There was no reduction in emissions. On the other hand, despite all the conferences, protocols, agreements and pacts, the emission of greenhouse gases continues to increase. And we’ve known for a long time that the high concentration of these gases in the atmosphere alters the Earth’s energy balance, that is, how much energy enters and leaves the planet. With the imbalance, we have global warming, which brings consequences such as climate change.

But does the fact that the COPs failed to do this make them useless? If we want to see it from the perspective of the glass half full, no. By uniting leaders of nations and setting goals, a clear message is set that climate denialism is not acceptable, that the world understands the facts already proven by real science –that man is causing current climate change– and that it is necessary to act. At this point we realize that what is missing is the political will to put into practice the actions that we all know are urgent and necessary. The political will to make a real transition and confront the fossil fuel industry so that it doesn’t completely destroy our chances of a livable future.