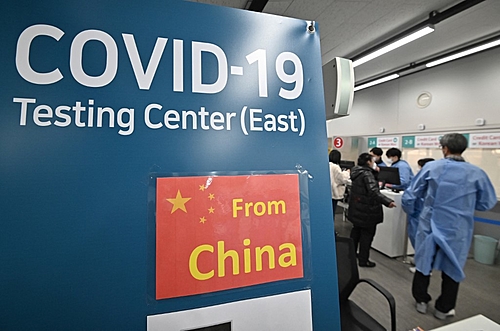 After the United States, Japan and some European Union nations applied epidemiological restrictions for travelers from China, such as prior mandatory testing for covid-19, Beijing said this Tuesday (3) that it may respond.

“We firmly oppose the practice of manipulating pandemic measures for political purposes, and will take corresponding measures in accordance with the principle of reciprocity and in accordance with different situations,” said Chinese Foreign Ministry Spokesperson Mao Ning, according to with the South China Morning Post.

All European Union countries are discussing adopting a uniform policy that may require testing of travelers arriving from China. The matter was on the agenda of a meeting held in Brussels, Belgium. The European Commissioner for Health, Stella Kyriakides, also said on Tuesday that there is “convergence on the actions that must be taken, including pre-departure tests”.

The European bloc also offered vaccines to China, but Beijing rejected the offer and claimed it has the pandemic under control. “The COVID situation in China is predictable and under control. We stand ready to work with the international community in solidarity, meet the COVID challenge more effectively and better protect people’s lives and health,” said the spokeswoman. Chinese Foreign Ministry when asked about the matter.

Morocco, for its part, applied even more severe restrictions. The African country decided to ban the entry of all travelers coming from mainland China.

In November, China decided to reverse its “covid zero” policy, which provided for strict lockdown programs and mass testing. The measure was taken after the country recorded protests against public policy. Since then, the number of cases has risen. According to the South China Morning Post, China’s National Health Commission stopped announcing daily infection numbers on December 25, as mandatory testing was no longer required.