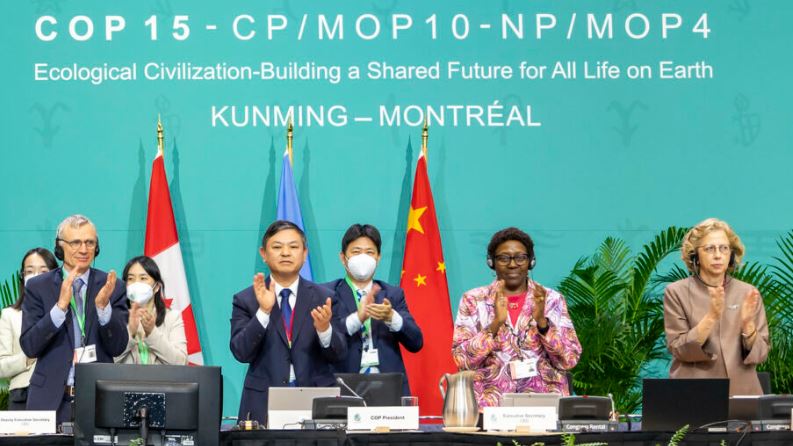 Representatives of 196 countries gathered at COP15 (15th conference of the UN Convention on Biodiversity) approved this Monday (19), in Montréal, Canada, a historic agreement for the protection of biodiversity on the planet. One detail: the final document also recognizes the rights of indigenous peoples and their role in protecting territories.

With funding set at US$ 200 billion per year, the pact provides for the global conservation of at least 30% of land, fresh water and oceans by 2030. Experts were enthusiastic and considered the goal equivalent to what was set in the Paris Agreement on the climate (1.5º C).

“Another goal is the progressive reduction, over the same period, of government subsidies for activities that degrade biodiversity, considering a minimum floor of US$ 500 billion a year”, says the Climate Observatory, for which China and Canada played a crucial role. in carrying out the work.

“The shared leadership between Canada and China in this United Nations Conference on Biodiversity was the solution found after two years of postponements due to the pandemic: initially, the summit would take place in Kunming, China, in 2020”, said the NGO.

According to the Observatory, the global funding target for conservation actions, considering public and private sources, was set at US$ 200 billion per year. “Developing countries demanded that at least half of that — $100 billion a year — be secured in investments by rich countries in poor countries. The amount is four times greater than that approved until 2025”, he considered.

After protests from African nations that demanded greater participation of rich countries in financing, the Minister of Ecology and Environment of China, Huang Runqiu, who chaired the plenary, gave the gavel and declared the agreement approved.

Read more: What is the importance of COP15 on biodiversity?

In addition to protecting 30% of the global surface, the pact proposes to restore 30% of degraded land, halve the risks linked to the use of chemical agents and pesticides, and reduce global food waste by 50% by 2030.