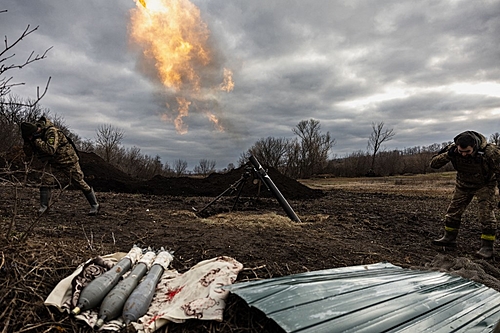 On the second day after the attack on Russian troops in Makeevka, the Russian Ministry of Defense acknowledged that 63 servicemen died from the bombing of Ukraine.

The Russian Ministry of Defense acknowledged that a Russian troop concentration unit in Makeevka was attacked by the Armed Forces of Ukraine and that 63 of its soldiers died. The region is in the self-proclaimed People’s Republic of Donetsk, annexed by Russia in late September 2022.

“During the missile attack by the Armed Forces of Ukraine in Makeevka in the Donetsk region, 63 Russian soldiers were killed,” the Russian Ministry of Defense said. According to the folder, the Ukrainian armed forces attacked the location of Russian Armed Forces soldiers in Makeevka through the HIMARS multiple rocket launcher system, supplied by the US.

Russian air defense forces were also reported to have shot down two of the six projectiles launched by Ukraine. Four missiles hit the target.

The Russian Ministry of Defense has already publicly reported the total losses of its troops only twice – in early March and at the end of September 2022. In all other cases, the Ministry of Defense did not provide additional figures and details about the death of Russia’s military during the war with Ukraine.

Already in the Ukrainian media it is reported that the bombing in Makeevka caused the death of hundreds of Russian soldiers. In some media, estimates are around 300 soldiers dead, while other sources even point out that 600 people would have died.

Russian forces, for their part, continued to carry out airstrikes against Kiev and other Ukrainian cities on New Year’s Eve and the night of January 2, including using Iranian Shahed drones.

The head of the Main Directorate of Intelligence of the Ministry of Defense of Ukraine, Kirill Budanov, declared this Tuesday (3) that attacks on military targets in Russia will continue and will also be carried out further and further into Russia during 2023.

Cited by the RBC-Ukraine portal, Budanov refused to confirm Ukraine’s involvement in the attacks on Russian air bases, but promised that he would tell about it after the end of the war. Commenting on possible attacks against Crimea, he said: “Crimea is Ukraine’s territory, so we can use any weapon.”